TNGR, the Mount Rinjani National Park Authority, have recently announced that due to a formal request from officials in Sembalun village, access to Mount Rinjani from Sembalun will no longer be possible on Fridays. People will be allowed to finish a Rinjani trek on the holy day (Jum’at), but not depart. 38 days will be effected due to the restrictions (please refer to the table below for dates).

Sembalun village is one of two official start points for climbing Mount Rinjani. It is home to the main Gunung Rinjani National Park Office, where entrance tickets are purchased and tourist details recorded. The other official entrance is Senaru Village in Lombok Utara (North Lombok). It will still be possible to access Mount Rinjani National Park from Senaru on Fridays. Unlike the villagers in Sembalun, the Senaru community and village elders have taken a pragmatic approach, allowing trekking to continue on Jum’at. The national park will officially re-open on 1st April 2020. Please refer to our Rinjani Trekking Guide for more information about what routes are open this year.

Jumu’ah is the Arabic word given to Friday Prayers in the Islamic faith. Disregarding specific islamic holidays such as Eid Al-Fitr and Eid Al-Fitr, Jumu’ah is considered the most important day of the week to Muslims around the world. As Lombok is a predominantly Muslim island, Jumu’ah is very much part of the cultural landscape. The Indonesian word for Friday (Jum’at) is derived from the Arabic word Jumu’ah.

The decision of  Mount Rinjani National Park authority (TNGR) to bar access to Gunung Rinjani on Fridays will have a big impact on both visitors and companies. Groups who have already booked and paid deposits to start on this date will have to re-schedule, causing frustration and annoyance to everyone involved. Nevertheless, we respect the community of Sembalun’s desire to protect its religious traditions, and TNGR’s management of the national park. We will be contacting our customers who have already booked for these dates, to work-out a suitable alternative.

We look forward to exploring Lombok with you in 2020! For more information about Mount Rinjani Trekking in 2020, please check out the options on our website.

Angus, Aef & the rest of the RDA team. 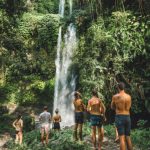 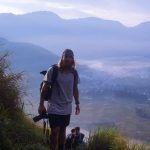 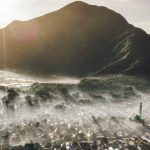